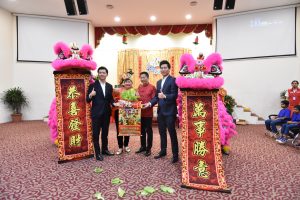 The exciting afternoon started with a colourful lion dance performance that wooed the children with its quick movements and acrobatic stunts. The lion dancers then gave out mandarin oranges to the excited children as it symbolises good luck and prosperity. The event became more thrilling when the loud sound of firecrackers filled the atmosphere. 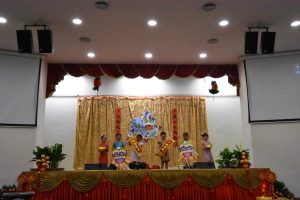 The audience were later entertained by children from Smart Reader Kids® Bukit Kuda, Klang and Smart Reader Kids® Desa Petaling, Kuala Lumpur with their wonderful Chinese New Year themed performances. The amazing dance presented by the children captured the hearts of all who were present. 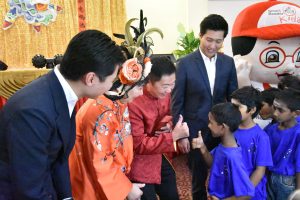 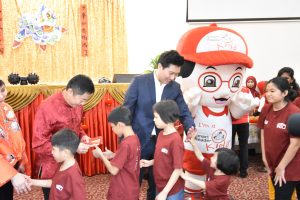 The management of Smart Reader® Worldwide, led by its Chief Executive Officer, Dato’ Sri Dr. Richard Ong then presented ang pows and goodie bags containing food to the children from the charitable homes and the children from Smart Reader Kids® centres who entertained the audience for the day. 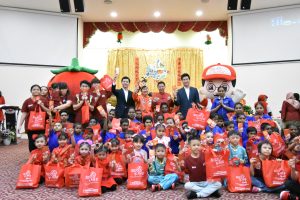 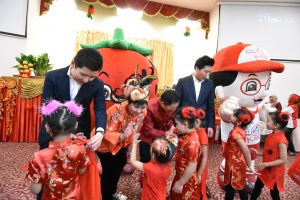 Smart Reader® Worldwide initiated the National One Child One Hope Education Scholarship Programme in 2009, with the aim of ensuring equal access to quality preschool education. Since its inception, the programme has funded more than 600 less fortunate children nationwide to attend preschool education. More than RM 2,000,000 worth of scholarships had been distributed nationwide and through numerous charity establishments such as Yayasan Sultan Kelantan Darulnaim, Yayasan Tuanku Syed Putra, and Yayasan Diraja Sultan Mizan.